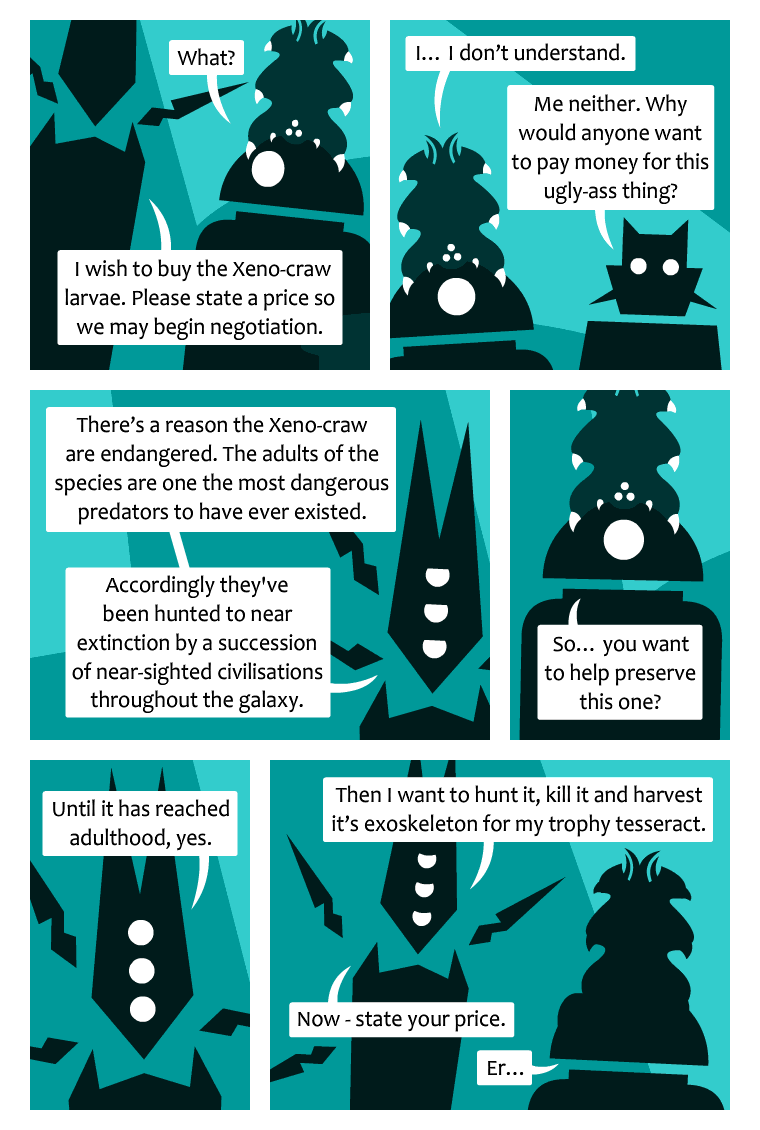 Well… I guess that’s still a kind of preservation.

X2: What?
Mechra: I wish to buy the Xeno-craw larvae. Please state a price so we may begin negotiation.

X2: I… I don’t understand.
Tachelock: Me neither. Why would anyone want to pay money for this ugly-ass thing?

Mechra: There’s a reason the Xeno-craw are endangered. The adults of the species are one of the most dangerous predators to have ever existed.
Mechra: Accordingly they’ve been hunted to near extinction by a succession of near-sighted civilisations throughout the galaxy.

X2: So… you want to help preserve this one?

Mechra: Until it has reached adulthood, yes.

Mechra: Then I want to hunt it, kill it and harvest it’s exoskeleton for my trophy tesseract.
Mechra: Now – state your price.
X2: Er…