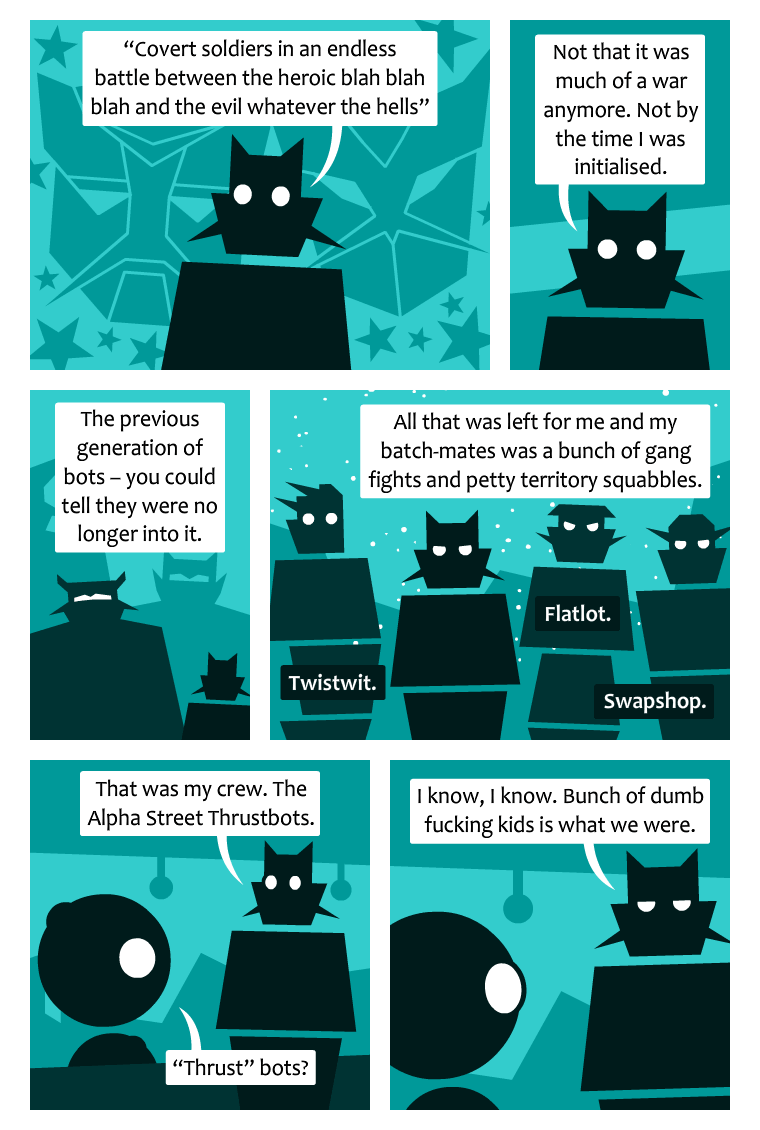 Those are definitely two legally distinct logos in panel one that in no way resemble existing trademarked symbols with mustaches stuck on them. Yes.

Tachelock: “Covert soldiers in an endless battle between the heroic blah blah blah and the evil whatever the hells”

Tachelock: Not that it was much of a war anymore. Not by the time I was initialised.

Tachelock: The previous generation of bots – you could tell they were no longer into it.

Tachelock: All that was left for me and my batch-mates was a bunch of gang fights and petty territory squabbles.
Caption: Twistwit.
Caption: Flatlot. Demolitions.
Caption: Swapshop.

Tachelock: That was my crew. The Alpha Street Thrustbots.
Solace: “Thrust” bots?

Tachelock: I know, I know. Bunch of dumb fucking kids is what we were.