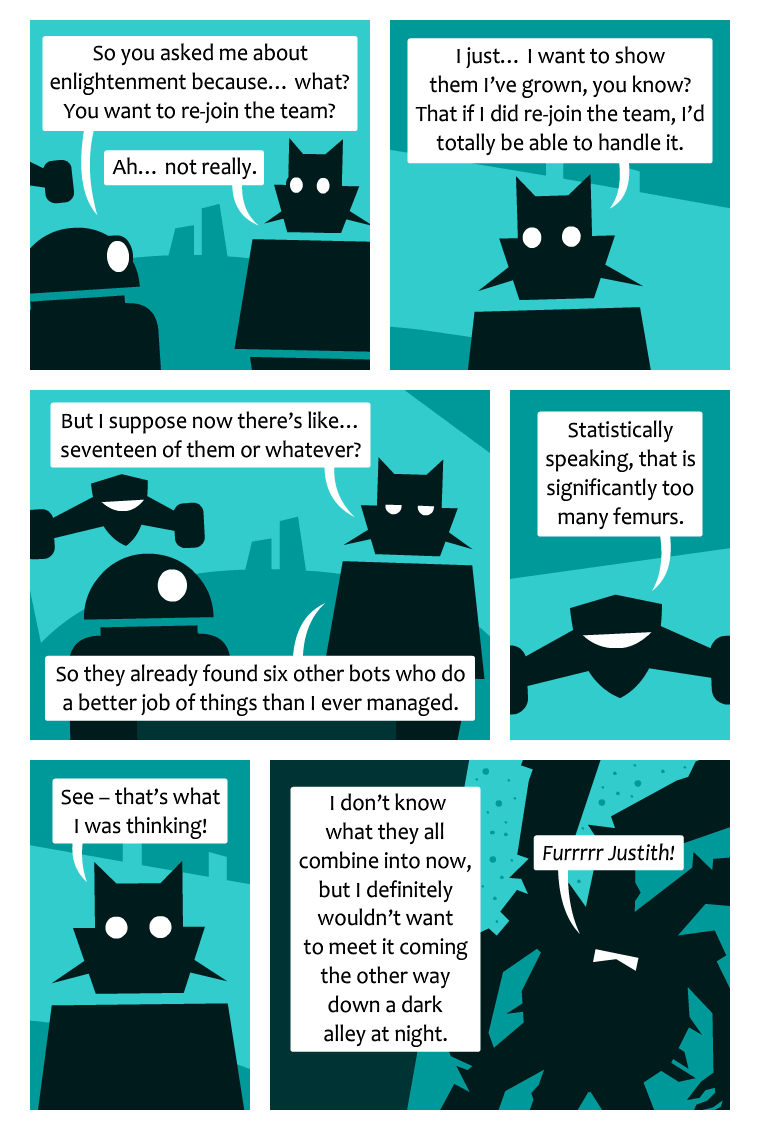 When you start adding limbs to robots in a comic strip, this will always be the sad but inevitable end.

X2: So you asked me about enlightenment because… what? You want to re-join the team?
Tachelock: Ah… not really.

Tachelock: I just… I want to show them I’ve grown, you know? That if I did re-join the team, I’d totally be able to handle it.

Tachelock: But I suppose now there’s like… seventeen of them or whatever?
Tachelock: So they already found six other bots who do a better job of things it than I ever managed.

JEDCØP: Statistically speaking, that is significantly too many femurs.

Tachelock: See – that’s what I was thinking!

Tachelock: I don’t know what they all combine into now, but I definitely wouldn’t want to meet it coming the other way down a dark alley at night.
Heptadecahedron: Furrrrr Justith!