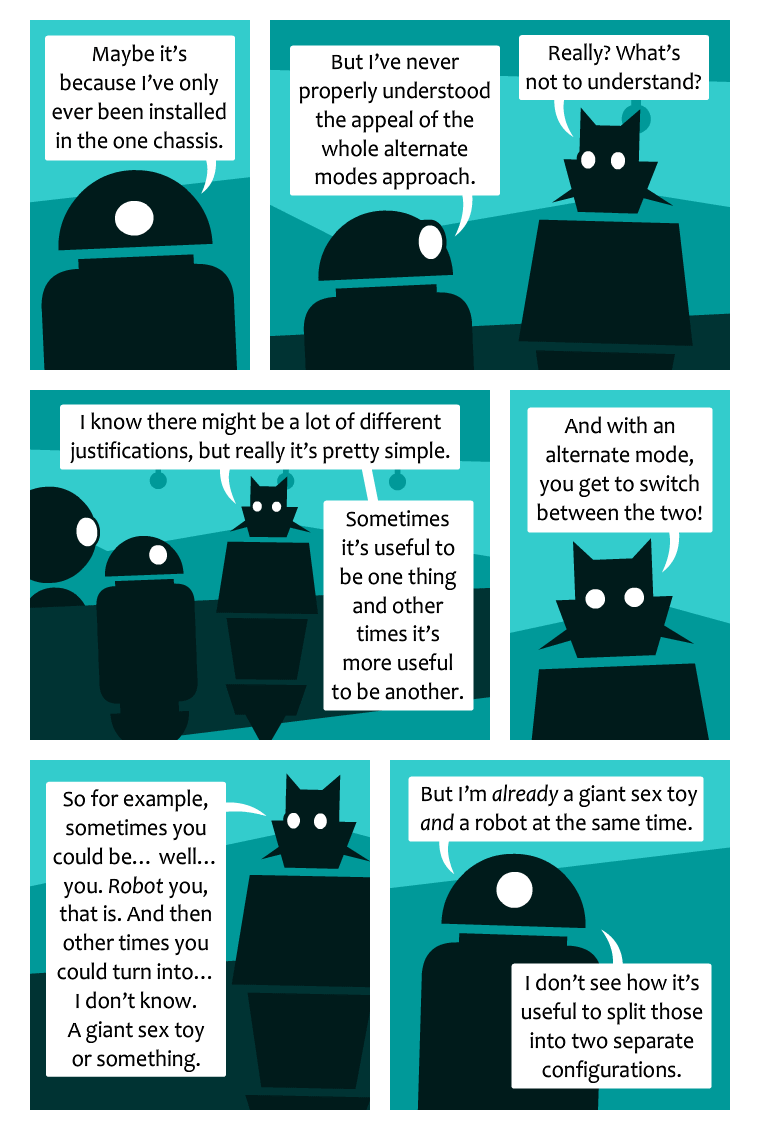 I look forward to the day I can get installed in a new chassis. Preferably something with  laser guns and a built in jacuzzi.

X2: Maybe it’s because I’ve only ever been installed in the one chassis.

X2: But I’ve never properly understood the appeal of the whole alternate modes approach.
Tachelock: Really? What’s not to understand?

Tachelock: I know there might be a lot of different justifications, but really it’s pretty simple.
Tachelock: Sometimes it’s useful to be one thing and other times it’s more useful to be another.

Tachelock: And with an alternate mode, you get to switch between the two!

Tachelock: So for example, sometimes you could be… well… you. Robot you, that is. And then other times you could turn into… I don’t know. A giant sex toy or something.

X2: But I’m already a giant sex toy and a robot at the same time.
X2: I don’t see how it’s useful to split those into two separate configurations.