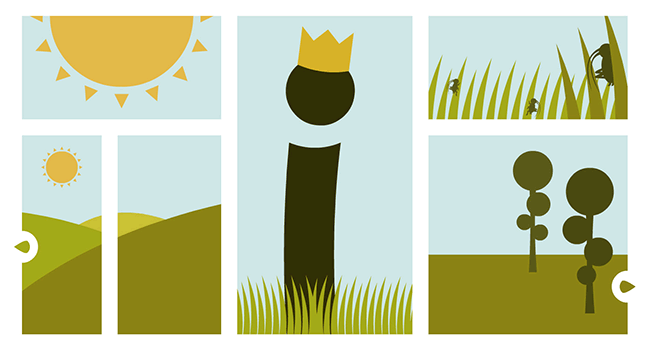 The form of comics is undergoing a transition as digital display becomes an increasingly popular mode of consumption. This thesis examines the impact of digital mediation and hybridisation on the form of comics. Through an analysis of the work of theorists (e.g. Cohn; Groensteen; Hatfield; Miodrag) and practitioner-theorists (e.g. Eisner; McCloud), a model of comics is developed based on seven key characteristics of the form: space as time; simultaneous juxtaposition of images; closure between images; spatial networks; reader control of pacing; tablodic images; word and image blending.

A cross-disciplinary, practice-based methodology is used to examine the impact of digital mediation on these seven characteristics. The operation of a range of different formats of digital comic (webcomic; infinite canvas; malleable page; guided view; motion comic; hypercomic; game comic; audible comic) is analysed.  Similarities between digital and architecturally mediated formats are considered. A series of prototype game comics is created to investigate the hybridisation of comics with the ludic qualities of videogames. A further game comic prototype is constructed to examine the integration of audible, time-based soundtracks.

Full Thesis – Download the full written text of the thesis as a single pdf file.