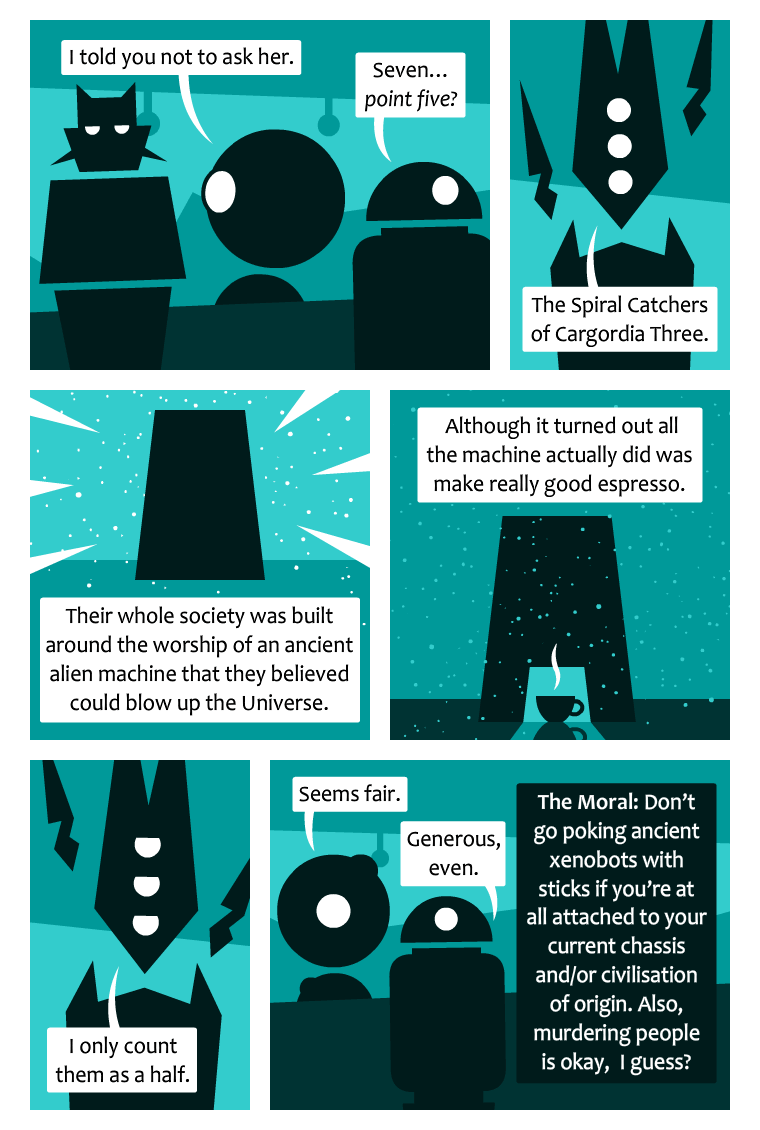 And that brings us to the end of our first chapter or part or episode or whatever word makes sense for “first chunk of story.” Something I wanted to do with Solid Metal Override is have the freedom to tell sightly longer chunks of narrative, rather than being bound so tightly to single page-length episodes as I was with a lot of Ghosts. Tune in next week for the beginning of Chunk Two.

Solace: I told you not to ask her.
X2: Seven… point five?

Mechra: Their whole society was built around the worship of an ancient alien machine that they believed could blow up the Universe.

Mechra: Although it turned out all the machine actually did was make really good espresso.

Mechra: I only count them as a half.

Solace: Seems fair.
X2: Generous, even.
Caption: The Moral: Don’t go poking ancient xenobots with sticks if you’re at all attached to your current chassis and/or civilisation of origin. Also, murdering people is okay, I guess?